Strange looking creature born in this place, people are believing in a miracle of God

Sometimes things happen in this world that people are amazed to see. One such incident has been reported recently. A unique and strange looking baby goat has been born. People are considering it a miracle. Since its birth, the area has become a center of attraction for the people. People are coming from far and wide to see the baby. According to a report published in the Mirror, Hussein and Assel Tosun, farmers living in Mersin, Turkey, farm and raise livestock. These people were stunned when a strange looking kid was born to them. 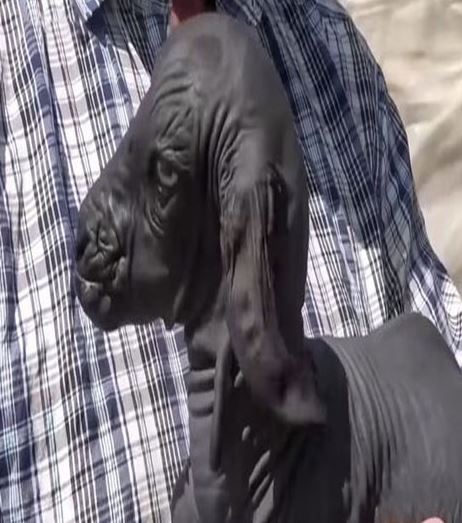 The skin of this black baby is wrinkled and hairless. The news of the birth of this baby slowly spread. When he was only 5 days old people started coming to take pictures with him. Suleiman Demir, a relative of the farmer couple, said they were 67 years old. This is the first time he has seen such a baby. This is a miracle of God. At the same time, Eisel says he takes the cub to his mother for feeding. 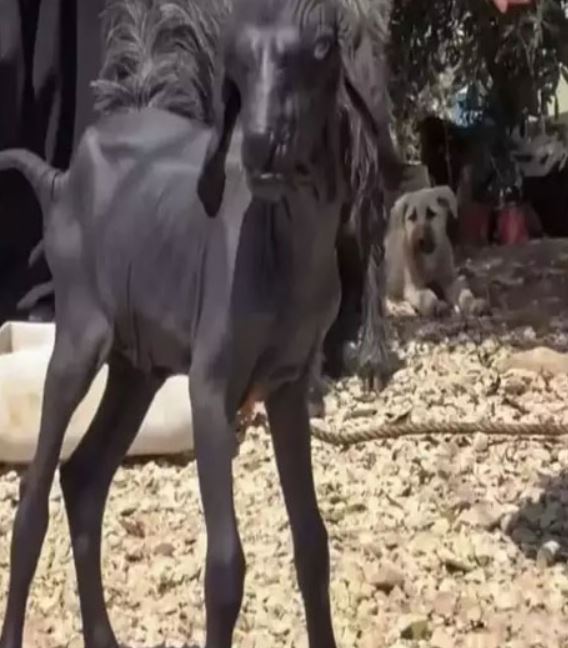 Dress her like her grandchildren. He brings her home and feeds her when needed. There is no hair on her body. Such a baby has never been seen before. He said that twins have been born. One of them was born dead and the survivor turned out to be abnormal, so I thought he would die too, but that didn’t happen.