India’s tallest ropeway where people are tossed between life and death, so many people died

An accident has taken place at Devghar in Jharkhand. Many tourists were trapped in the trolley due to a defect in the ropeway on Trikuti mountain here. The incident happened on Sunday at 3 p.m. A total of 48 people were reported trapped. Relief and rescue operations have resumed on Monday morning following the ropeway accident. Twenty-two people have been evacuated after 20 hours of hard work, while 26 devotees are still trapped 21 hours after the incident. However, due to the wires and nets, the NDRF and army commandos are having difficulty in rescue. The stranded tourists are from Bihar, West Bengal and Jharkhand.

At the special request of the state government, the stranded passengers are being brought back safely by Indian Air Force helicopters. District Deputy Commissioner Manjunath Bhajantri and Police Captain Subhash Chandra Jat have been camping at the spot since yesterday. The highest peak of Trikuti in Mohanpur block on Devghar-Dumka road, about 20 km from Devghar city, is 2470 feet above sea level. The ropeway is about 1500 feet above the ground. The foothills of the Trikuti mountain range are surrounded by the Mayurakshi river. The length of the ropeway is about 766 meters (2512 feet). The Trikuta ropeway has a total of 26 cabins for tourists. 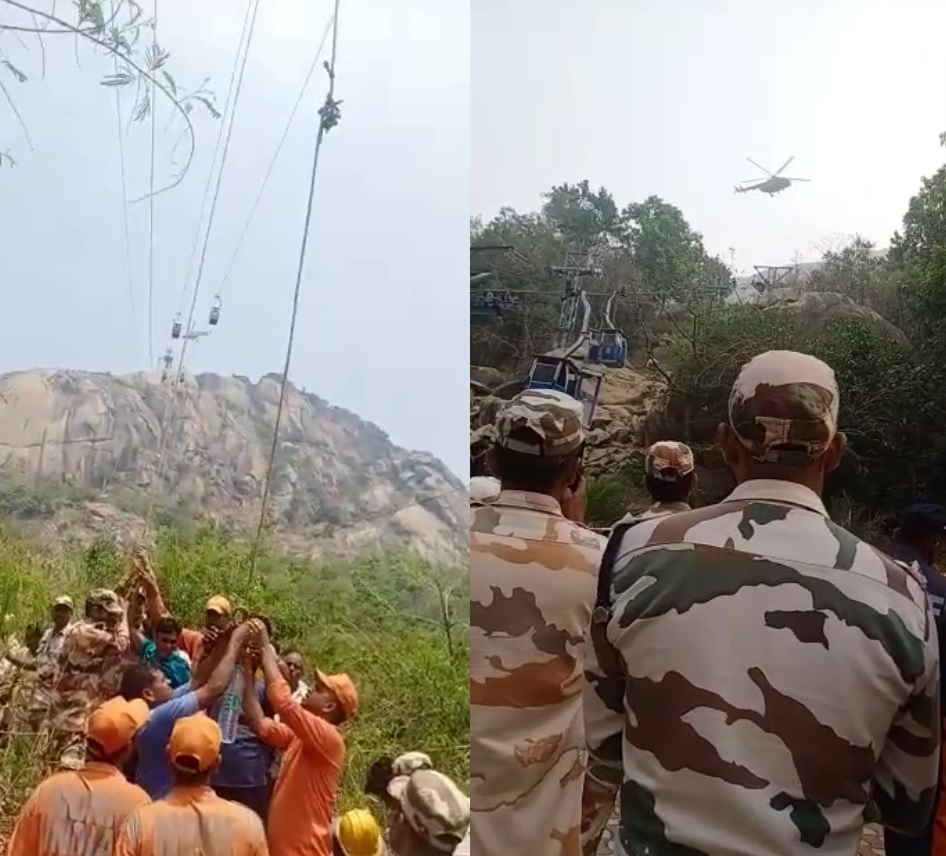 It only takes 8 to 10 minutes to reach the top. It costs 130 rupees to go by rope-way. This is the only ropeway in Jharkhand. It is 800 meters above the surface. Ropeway time is regularly from 9 am to 5 pm. Several rope-way trolleys collided on the Trikut hills in Deoghar, Jharkhand on Sunday, killing at least two people, and at least 12 cabins were in it on Monday even after yesterday’s tragedy. Remained the same. 48 people are trapped, rescue work is underway to rescue them. . 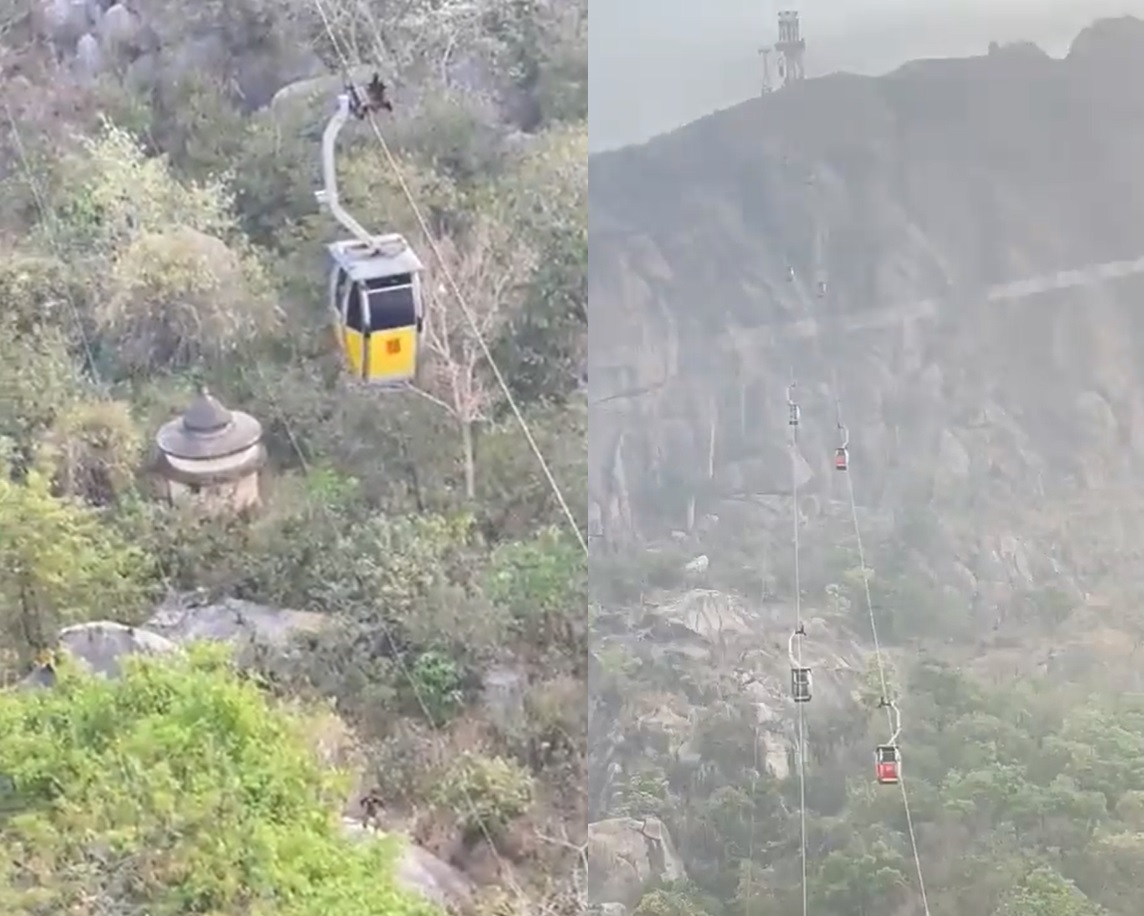 The DC has confirmed the news of the deaths of two people. The injured have been shifted to Deoghar Sadar Hospital for treatment. An official said the incident appeared to be due to a technical fault, which caused the cable car to collide. Several people were also injured in the accident. An Air Force helicopter has arrived for the rescue operation since this morning. 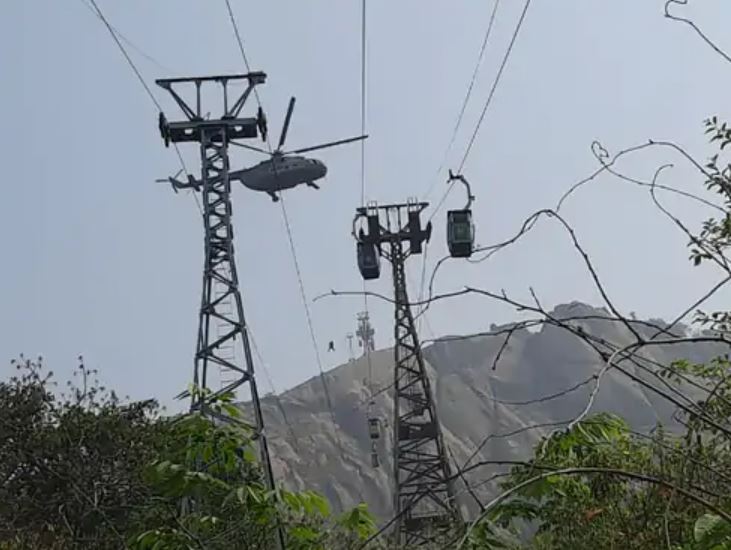 According to the news agency PTI, the ropeway manager and other employees fled the scene after the accident. The exact cause of the accident is not yet known. The couple were seriously injured while trying to jump out of a cable car after the incident, the official said. They have been admitted to the hospital. Notably, small children, men and some women have been trapped in the trolley. Guides and photographers are also trapped.

#WATCH | A recce was conducted by one of the helicopters in the morning and operations are underway in coordination with the district administration and NDR to rescue people from ropeway site near Trikut in Deoghar, Jharkhand pic.twitter.com/Mum5Tq73nq

In this case, District Collector Manjunath Bhaijantri said, “Do not pay attention to any kind of rumor.” Union Home Minister Amit Shah is monitoring the situation. He inquired about the accident, relief and rescue work. They have been monitoring the situation since Sunday evening. The NDRF and Army teams are engaged in relief and rescue operations.