Australian all-rounder Glenn Maxwell has now become India’s son-in-law. Maxwell married his Indian fianc વિe Vinnie Raman on Monday. However, the two were already married, but this time according to Tamil customs.

Some pictures and videos of Glenn Maxwell and Winnie’s wedding have surfaced on social media recently. At the Haldi ceremony, Winnie looked stunning in a green and orange sari while Maxwell was seen in an ethnic kurta.

Apart from this, a video of their wedding is also going viral fast. In which they can be seen marrying according to Tamil customs. Maxwell looks very happy in this video. The video shows Glenn Maxwell dancing with his wife, Winnie Raman, wearing a garland.

Many congratulations to Glenn Maxwell and Vini on their marriage. pic.twitter.com/p3CnH9UaEX

Winnie is seen lovingly praising her husband’s fun style. This video of him is going viral on social media. Fans are constantly commenting on the video. 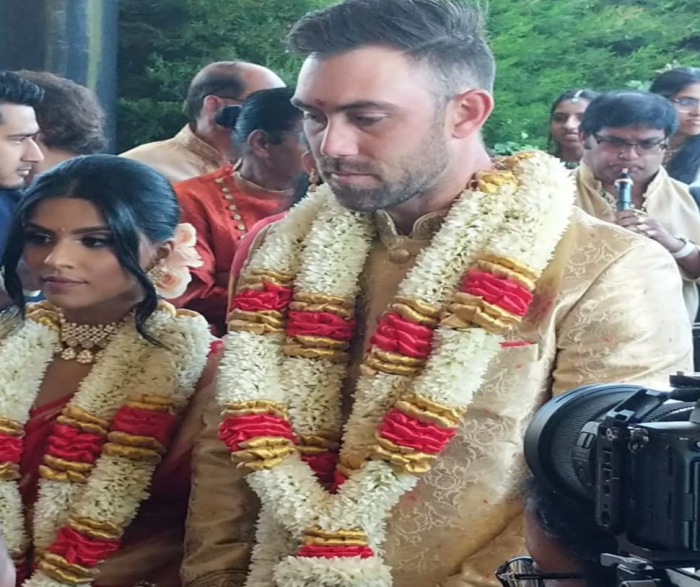 Who is Maxwell’s wife?

Vinnie is of Indian origin and belongs to a Tamil family. He was born and raised in Australia. Vinnie’s father Venkat Raman and mother Vijayalakshmi migrated to Australia before he was born. Glenn Maxwell has been dating Winnie the Pooh since 2017. 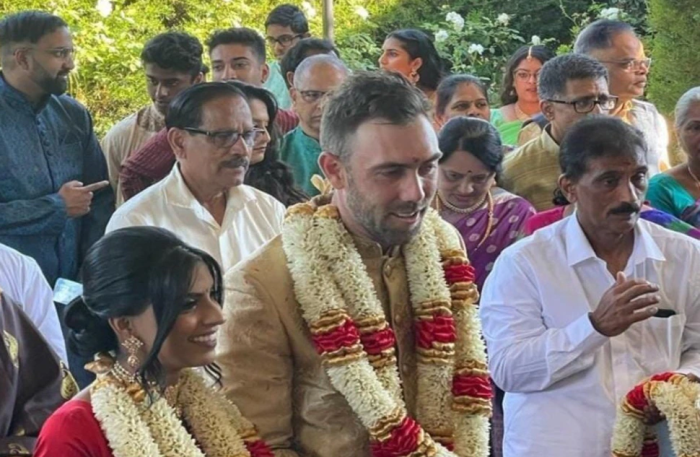 Glenn Maxwell and Winnie the Pooh keep sharing photos with each other on social media. The two were spotted together at the Australian Cricket National Awards. The couple got engaged in 2020. But their marriage was postponed because of Corona, and two years later the two were tied in a bond of seven births. 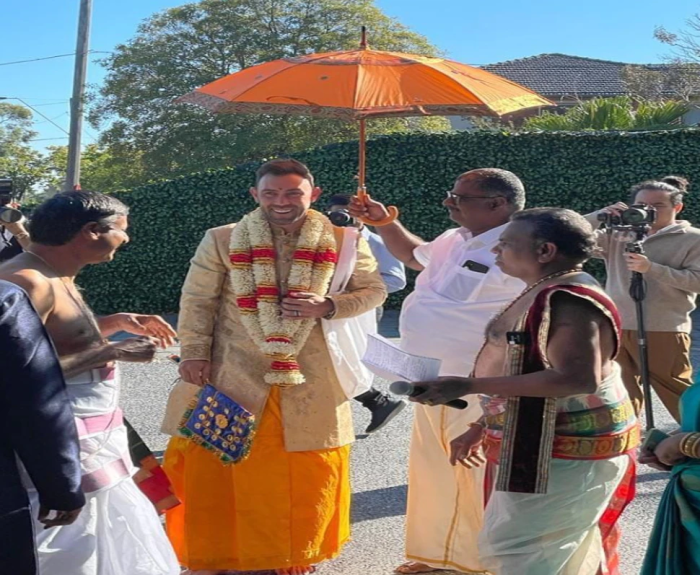 Married according to Christian tradition

The couple’s wedding card also went viral a while back, with everything printed in Tamil. This card was much appreciated. The two were already married according to Christianity but both decided that they too would marry according to Indian traditions. Due to this, the wedding ceremony has been organized in Chennai. 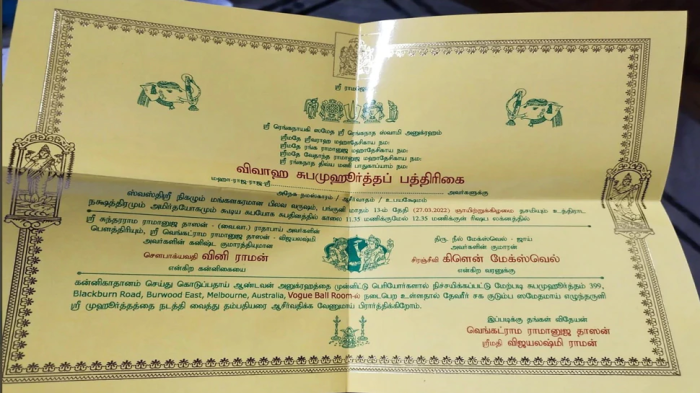 Congratulations to CSK in a unique way

The couple’s marriage was revealed on Vinnie Raman’s Instagram post. Sharing his first picture after the wedding, he wrote – ‘Mr and Mrs Maxwell.’ Congratulations on his post. IPL team Chennai Super Kings have also congratulated Maxwell for this. His approach was slightly different. Sharing a photo of Maxwell and Winnie on social media, the Chennai franchise wrote: 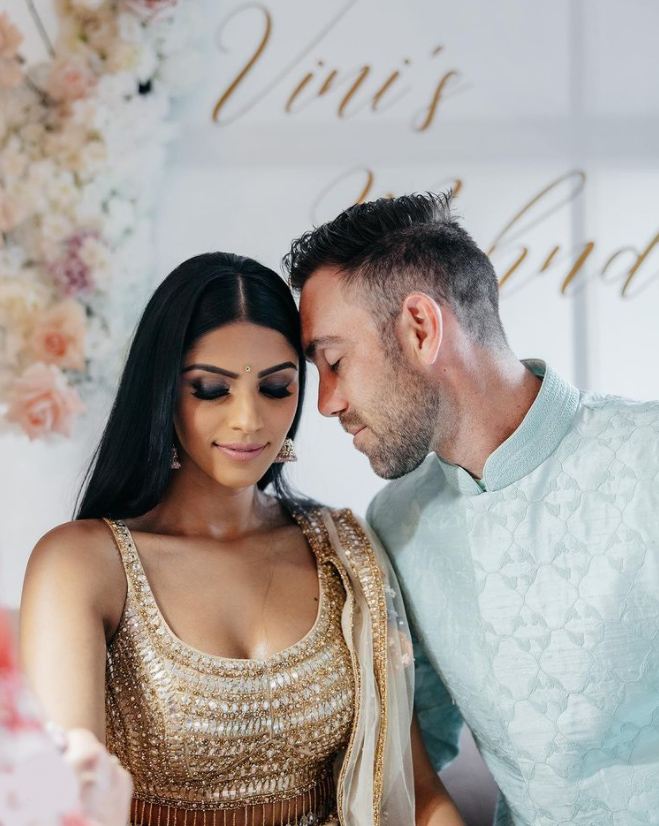 Let me tell you that Maxwell is playing for RCB in IPL this year but he is away from the team due to marriage. Maxwell, who has been retained in a bid of Rs 11 crore, will soon join the team. 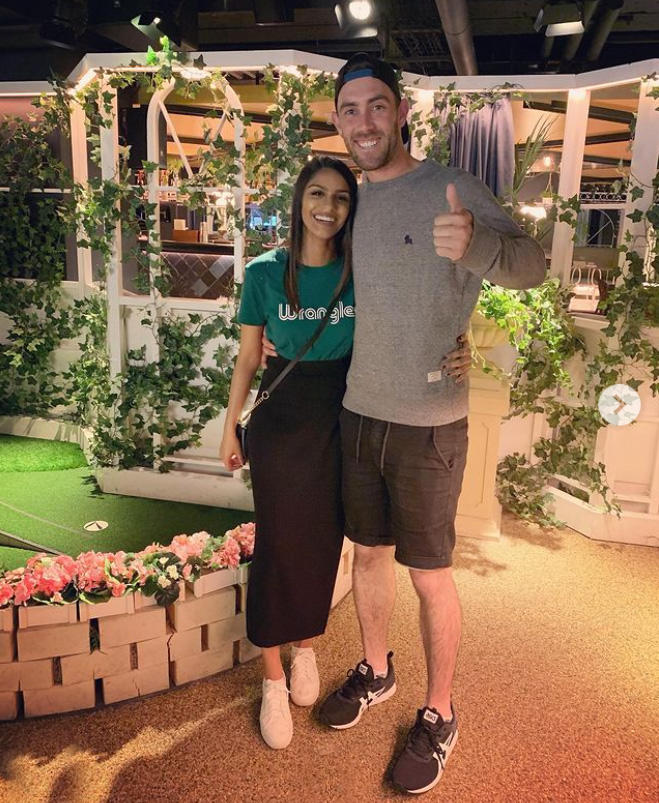