Bus and car had a tragic accident, the bus caught fire – One Gujarat

A serious accident took place on the Dhanbad-Ranchi highway in Jharkhand on Wednesday morning. Five people have been burnt in the fire. The incident took place in Murubanda area of ​​NH-23, which falls under the jurisdiction of Rajappa police station. Here a car and a bus coming from the opposite direction collided and the car caught fire. Seeing the fire, the passengers in the bus jumped out of the window and fled. 5 people in the car did not even get a chance to get out. An hour after the incident, a fire brigade vehicle reached the spot to put out the fire, by which time 5 people in the car were on fire. Half of the bus was also burnt. The dead have not been identified yet.

Villagers present at the spot said that the Maharaja’s bus was going from Dhanbad to Ranchi and the car was coming from Ranchi. The car was very fast. Near Murubanda, the driver’s balance was deteriorating and the car was turning left and right on the road. The bus driver tried hard to save the car. The bus-driver also changed his side with the car, but due to the high speed of the car, the car collided with the bus at full speed and within a few moments the car caught fire. 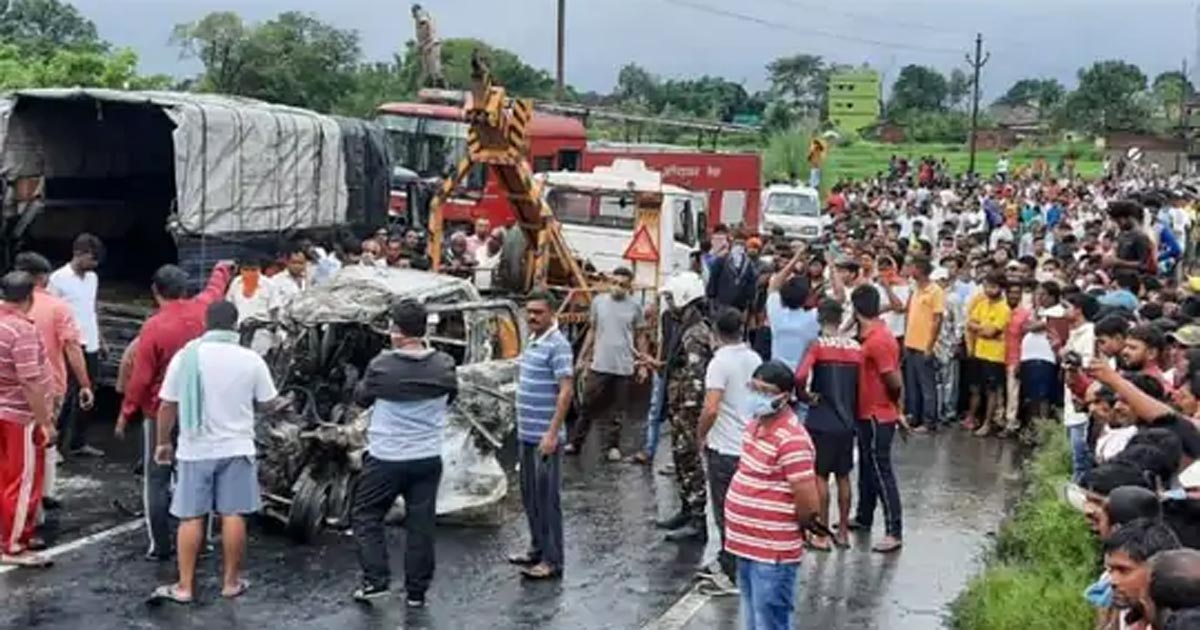 The villagers said that the occupants of the car did not get a chance to get out of the car, but the passengers of the bus were so frightened that they jumped out of the window and fled. Upon learning of the incident, the police rushed to the spot and started removing the bodies from the car. Police are trying to identify the dead. There has been a traffic jam on the highway since the incident. 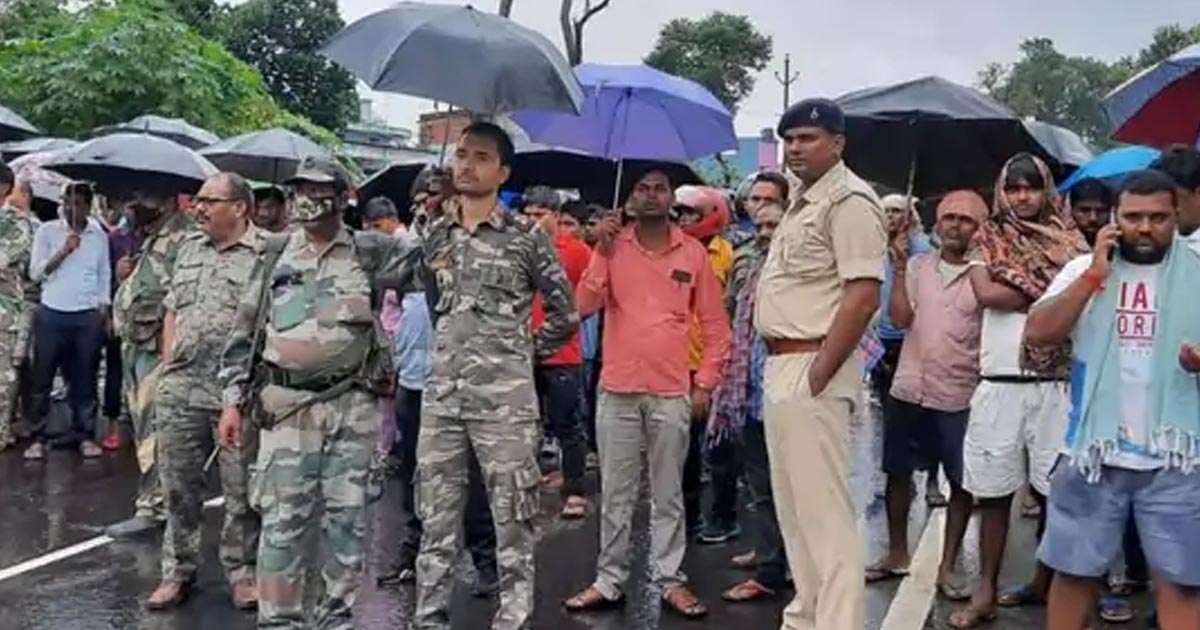 According to the information obtained from the car registration number, the car is from Patna, Bihar. Ramgarh police investigation has revealed that the car (BR 01 BD 6318) is registered in the name of Alok Roshan. His address is in Kankadbagh. However, the families of the deceased have not yet been contacted by the police.