Bollywood actress Ayesha Takia and her husband Farhan Azmi who is the son of Samajwadi Party politician Abu Azmi. The couple was stopped at the Goa airport a few days ago in a shocking incident. While the couple and their son were returning from Goa, two senior security officials made sexual and racist remarks with them.

This information was given by Farah herself by sharing the post on social media. In the post, he alleged that a security officer at the airport spoke badly to him. However, Goa Airport later apologized to Farhan Azmi over the matter. The two were on their way back to Mumbai with their son when officials at the airport spoke badly to Ayesha and Farhan. Farhan Azmi made several tweets at the same time expressing his anger at the airport management. In this tweet, he also shared some pictures which belonged to the airport officials. 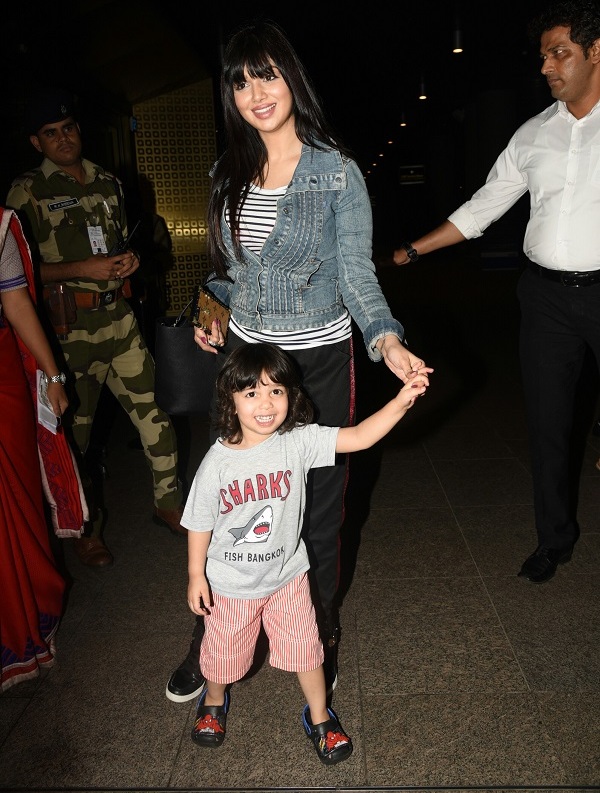 “Dear @CISFHQrs, I was leaving for Mumbai and my flight to Goa was at 6:40 am,” Farhan wrote with the pictures. Meanwhile, Resister RP Singh, AK Yadav and senior officer Bahadur separated me from my family. He did this after reading my name.

Altercation started when an armed male officer at the security desk tried to physically touch & tell my wife, son to stand in another line while all other families were standing together for sucurity.All I said to him is to dare touch any female her & maintain distance @CISFHQrs

He tweeted, “The altercation started when an armed male officer at the security desk bravely tried to physically touch my wife and told the son to stand in the other line while other family members were under protection.” He just told them not to touch any woman and to keep their distance. “

It didn’t stop here! Senior officer Bahadur then signalled the @CISFHQrs guard with his hand who was ready to frisk me. This racist **##** made a dirty sexual comment while he was checking my pockets which had only a 500₹ note ( video on record ). @CPMumbaiPolice@aaigoaairportpic.twitter.com/DbJyGiv85M

Farhan’s anger did not subside. He tweeted for the third time, “It’s not over at the airport yet. Senior Officer Bahadur separated me and checked me. He made derogatory remarks on me at the time and even checked my pockets. At that time I had only 500 rupee note in my pocket. Farhan also tagged Mumbai Police and Goa Airport in her tweet.

Dear @CISFHQrs
I was boarding for Mumbai on @IndiGo6E 6386, 18:40 hrs flight & these racist officers R P Singh, A K Yadav, commander Rout & senior officer (SP category) Bahadur purposely singled me & my family (wife & son) immediately after they read out my name out loud to team pic.twitter.com/gjHdnFajDN

As soon as Farhan Azmi’s tweet went viral on social media, Goa Airport responded immediately. Goa Airport apologized to Farhan Azmi and Ayesha Takia. “Sorry for the inconvenience,” he tweeted. The matter will need to be investigated.