A bundle of 50 thousand rupees was found on the road, the woman immediately reached the bank ..! – One Gujarat

Ranchi Right now there is a reign of wrongdoers but honesty is still found in the world. Recently the honesty of a woman from Ranchi was seen. Which is why it can be said that honesty is still alive. In this Kali Yuga, people cheat others for one rupee, there this woman got a bundle of 50 thousand rupees but her mind was not tempted. People keep Rs 10 notes found on the road in their pockets. Despite receiving Rs 50,000 lying on the road at that time, he did not lure at all. He found the lost money and returned it.

Rupa Devi, a resident of Kanke area of ​​Ranchi, Jharkhand, was going to the market with her daughter on Friday, May 7 at 5 pm. She reached Albert Ekka Chowk. He and his daughter were eating chowmein at the fast food counter. Then he saw a bundle of 50 thousand rupees lying on the road. Once the rupee came in hand the idea came that this would be fake. However, the name of Bank of India was written on this bundle. Rupa immediately decided to take the bundle of rupee and deposit it in the branch located at Albert Ekka. 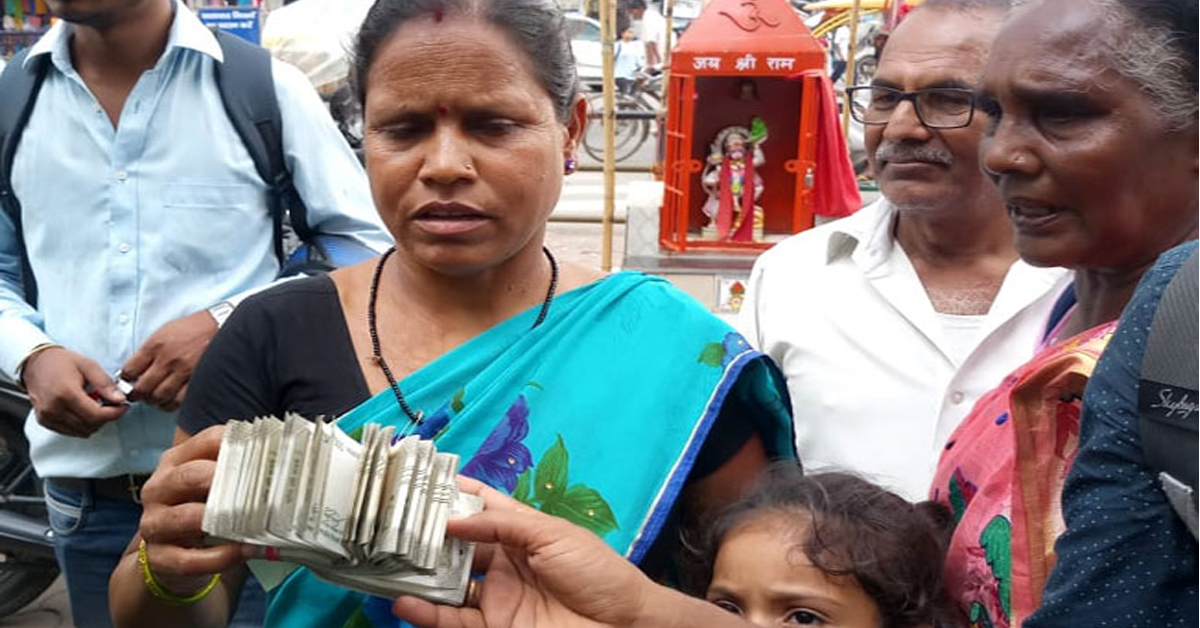 Rs Local shopkeepers also found out about this. Not long ago, local shopkeepers told Harmu resident Shivchandra that they had withdrawn some money from the bank to build a house. After this Shivchandra Singh was informed. Shivchandrasinh said that he had withdrawn Rs 70,000 from Bank of India. There were two bundles of fifty thousand and twenty thousand. This money he kept in his pocket. When he reached home on a bike with his son, a shopkeeper in Firayalal Chowk asked him on the phone, “Have you lost your money?” Albert Ekka came after a bundle of money fell out of his pocket. The woman handed him the money in front of everyone. 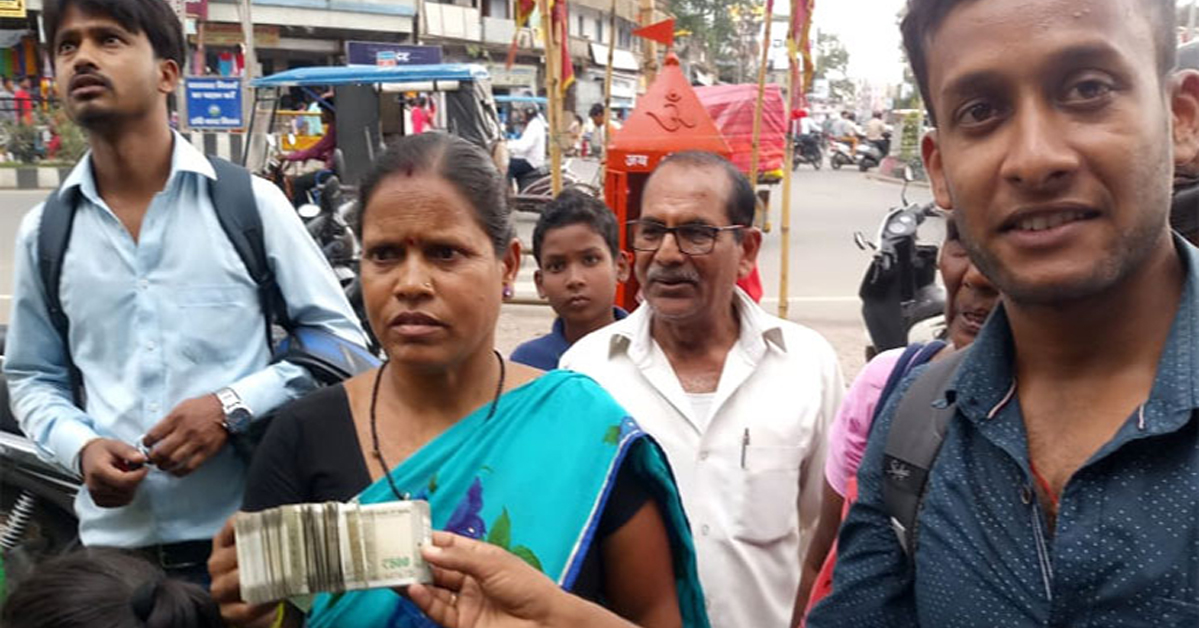 Shivchandra said, ‘Unforgettable experience of life’: When the lost rupee was found by Shivchandrasinh, the word came out of his mouth unforgettable. He became emotional. He gave a thousand rupees to the girl to eat sweets. He did not even count the money he got. The girl at first refused to take the money, but after her mother told her, she took the money as a blessing.